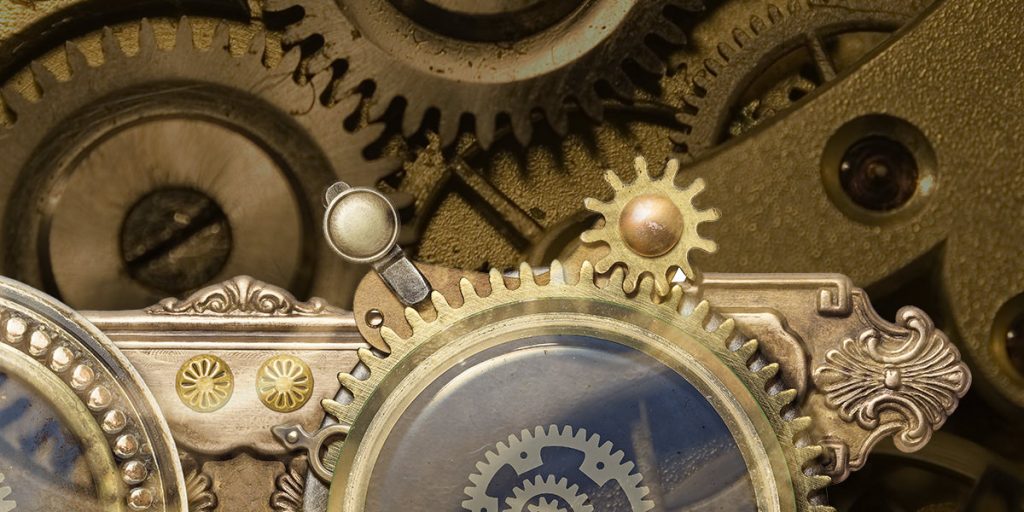 Steampunk is a term that originally came from science fiction or science fantasy, inspired by 19th-century industrial steam-powered machinery and incorporating technology and aesthetic but functional designs.

Although its literary origins are sometimes associated with the cyberpunk genre, steampunk works are often set in an alternative history of the 19th century’s British Victorian era or American “Wild West”, in a future during which steam power has maintained mainstream usage, or in a fantasy futuristic world that similarly employs steam power.

Jules Verne is often considered as a father of the steampunk genre.  Several of his works make use of unusual and fantastic scientific creation in a period of time where they couldn’t be created. (ref: steampunkist.com)

Immerse yourself in a book such as “Pheonix Rising: A Ministry of Peculiar Occurrences Novel” by Pip Ballantine & Tee Morris, “Boneshaker” by Cherie Priest or “Homunculus” by James P Blaylock, or if a movie is more your thing, try “The Prestige” (2006), “Howl’s Moving Castle” (2004), “The City of Lost Children” (1995), or “Sherlock Holmes: A Game of Shadows” (2011).  These will take you down the steampunk path and you might not want to return.