Posted at 09:53h in Curiosity Built the Boilerhouse Podcasts, Latest news by verso 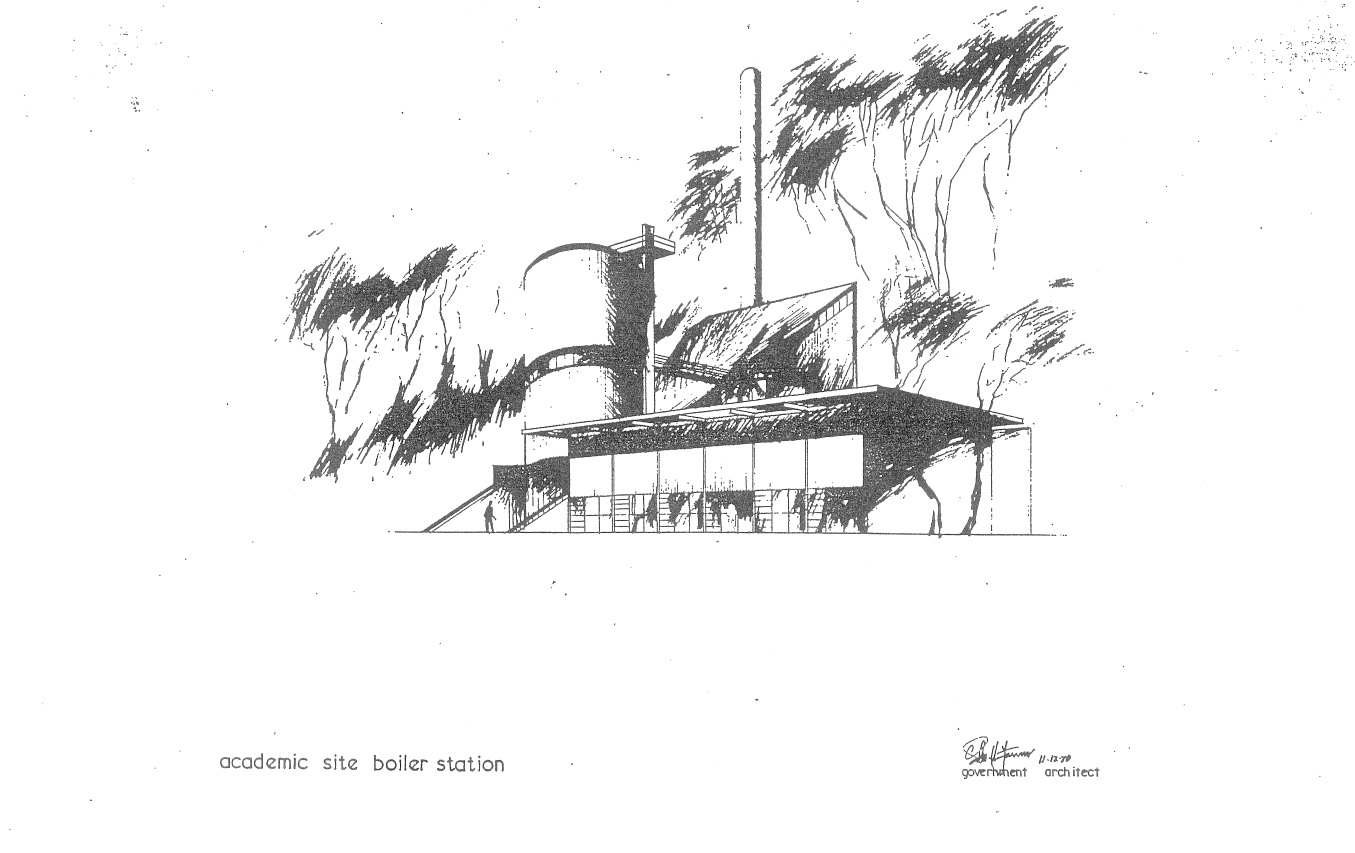 To realise our grand vision for the former boiler station, UNE is drawing on its history of innovation, community engagement and philanthropy.

As the process of transforming UNE’s Boilerhouse into a world-class children’s discovery space gathers momentum, there’s one person particularly eager to see the final concept – the architect who worked on its original design more than 50 years ago.

Eighty-four-year-old Robert Bryant was working in the special projects office of the NSW Government Architect’s Branch in 1970 when asked to develop designs for the expansion of UNE’s campus, including a revamp of the coal-fired power plant.

“The Government Architect of the time, Ted Farmer, had been great friends with UNE’s first Vice-Chancellor Sir Robert Madgwick and the university was one of Ted’s favourite projects,” says Robert. “He personally patronised its construction, and a whole range of very distinguished architects worked on various university buildings over the years.” 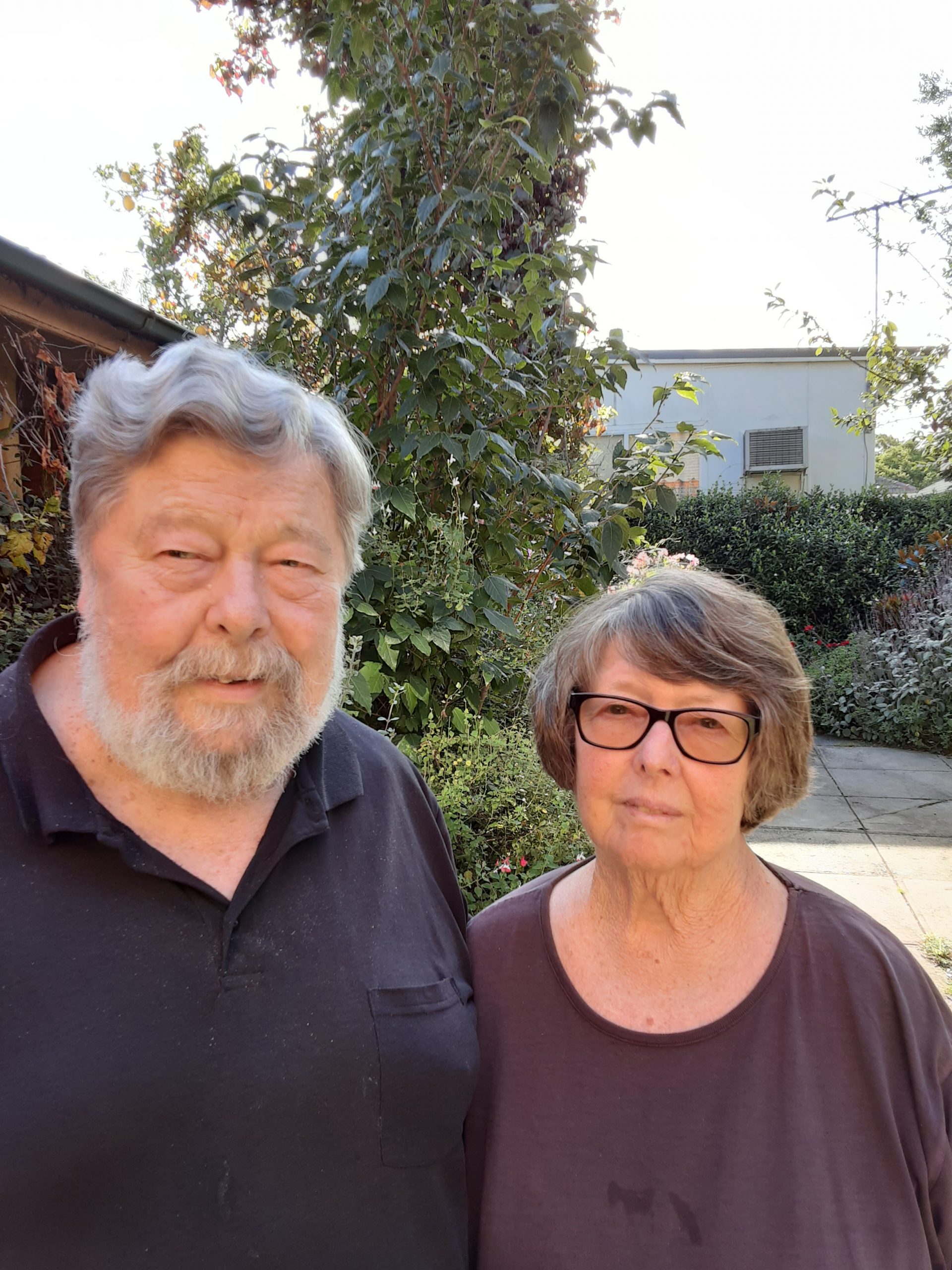 Robert was one of several who reshaped the boiler station as it evolved from a pile of coal to feed Booloominbah’s original steam boilers to the striking structure in the Brutalism tradition that survives (in part) today. For as the campus grew throughout the 1950s and ‘60s, so, too, did the heating demands.

The first expansion of the Boiler House (as part of a conversion to a reticulated hot-water system) was completed in 1961 and a second, designed by Leif Kristensen, became operational in 1964. Six years later, Robert was brought in to cater for further growth of the UNE population – and a third boiler – and recalls the Tablelands weather that inspired the re-fit. 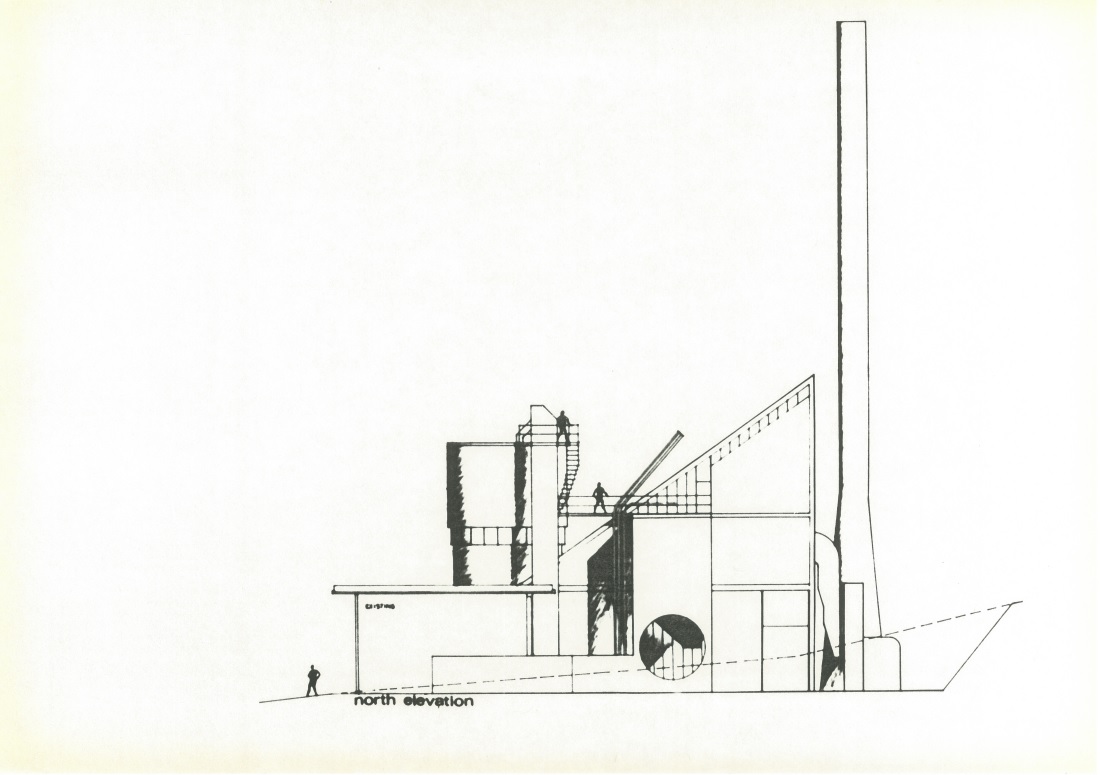 “It was a vigorous environment that certainly sharpened the mind,” Robert says.

Opening in 1972, the Boiler House that Robert designed stood the test of time until 1999, when it was finally decommissioned. Although he remains humble about his contribution, Robert’s arresting design received a coveted Royal Australian Institute of Architecture Award in 1974 for a building “honestly clad” in off-form concrete that clearly and simply expressed its function.

“It was a succession of different architects, each doing a little bit, that moulded the idea of the third stage,” Robert said. “It wasn’t just the outcome of one man, but the resources of the department. It was an aspiring era and a wonderful time in my personal career. I was a young architect working on fine buildings and I had great opportunities.”

Even a highly functional structure like a boiler house offered scope for experimentation.

“A boiler house is a boiler house – the machinery of a stack and ash bunkers is determined – but it can be poetic in its function and I had a lot of fun with the design,” Robert said.  “We enclosed that machinery within an industrial structure, and raking it against the hill determined the triangular prism geometry. It’s an honest building that uses materials directly and purposefully. It was both functional and economic.”

Still, he appreciates the Boiler House’s sense of drama, and it remains a career highlight. “I am always attached to the things that I do; you have an affection for them – one might call them your children,” Robert said. “This building is very, very special. It brought recognition by my peers and the satisfaction of my client.”

Seeing the next chapter in its interesting life is exciting.

“I believe in adaptive re-use – in using things again and allowing pieces of history to relate to the development of new structures,” Robert said. “We have to do that in order to maintain our collective memory. I have great affection for the university and I am most interested in seeing how the architects develop the brief. I can see the Boiler House becoming a new front door to the university; to becoming a wonderful counterpoint between the old and the new.” 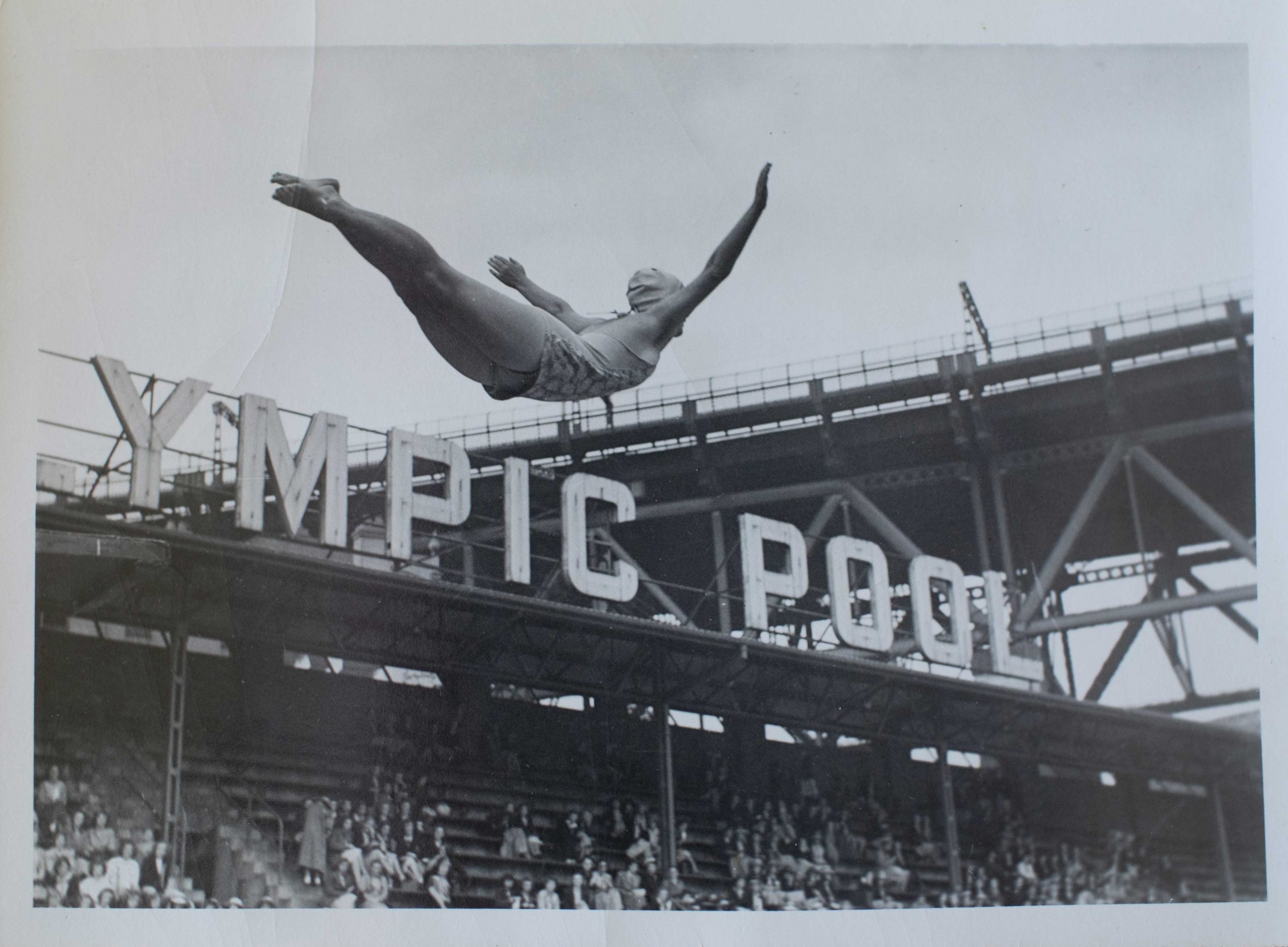 Robert and his wife Helen have even made a financial contribution to the UNE Discovery Space project. They join others, including Chris Abbott, Maurice Wyndham and Cynthia Brew, who are captivated by the idea of reimagining the iconic building as an all-weather early learning wonderland for Science, Technology, Engineering, Art and Maths (STEAM).

The NSW Government also contributed $6.128 million to the project through its Restart NSW funding program.

It was a pledge of $3.5 million from the Abbott Foundation that activated our fundraising campaign to create an engaging regional space. Chris’ personal interest in brain and early childhood development – and the importance of unrestricted play to bigger health, economic and social outcomes – continues to serve as inspiration for the project.

In the wake of last year’s campus tornado, the Boilerhouse also offers an opportunity for campus renewal as the centrepiece of a new STEM precinct.

Former Vice-Chancellor Professor Brigid Heywood said excitement was building around the project, which has the potential to inject almost $9 million annually into the New England North West economy.

“The Boilerhouse will contribute to closing the gap in access to education between regional and urban areas, providing facilities of which we have a significant shortage in regional, rural and remote Australia. It also heralds UNE’s new focus on community engagement in the STEM (Science, Technology, Engineering and Maths) space.”

Final designs by award-winning architects Architectus for the Boilerhouse Discovery Space have been completed, and the project’s construction will be put out to tender. However, further financial support is needed to realise our vision. 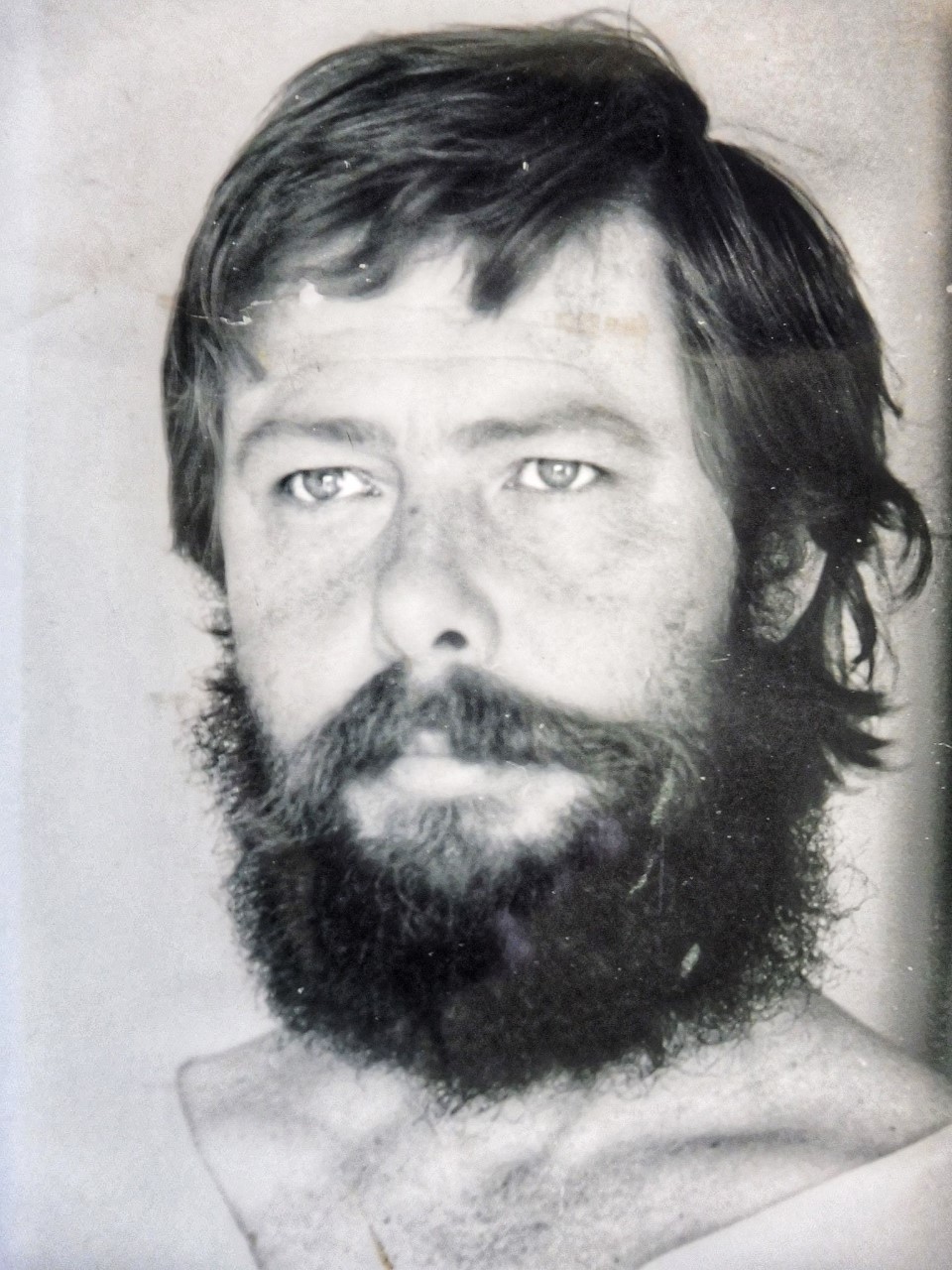 “Contributors large and small – like Robert and Helen, Chris and Maurice – are helping us to give the former Boiler House a wonderful new life,” Professor Heywood said. “It is a once-in-a-generation opportunity for other supporters to invest in early childhood development in a regional setting, invest in the history of a classic industrial site, invest in our region and invest in a future of innovative thinking, which young people will need to meet future challenges.”

Pioneering teacher Cynthia Brew had a reputation for diving head-first into life. A gifted athlete and avid sports fan, she loved to travel, and volunteered her services well into her senior years.

“Cynthia was a trailblazer in many ways,” her second cousin Susan Dobinson says. “She was part of that first wave of women physical education teachers and maintained her passion for education throughout her life, completing two Masters degrees in adult life.

“She was an only child of doting parents and her father, a World War 1 veteran, was a strong believer in the importance of education. Becoming a physical education teacher allowed Cynthia to combine her love of the outdoors and exercise with teaching. But it didn’t stop there; she was always interested in furthering her own education, too.”

In 1961 Cynthia completed a Bachelor of Arts with UNE, and more than 25 years later, a Diploma in Educational Studies (Multicultural Education). When she died in 2017, aged 83, she made a number of gifts in her will to educational institutions she had attended, including UNE.

“Cynthia deliberately went to the country to teach, in NSW and Tasmania, and understood the value of education in rural and regional areas,” Susan said. “After retiring, she worked for the adult migrant education service in Wollongong. Through her bequest to UNE, Cynthia sought to give something back and to inspire others to learn.”

Her generosity will enable us to reach a new generation through the Boilerhouse Discovery Space, which will contain a series of play-based experiences aimed at sparking a lifelong love of learning.

“It fits very well with Cynthia’s personal values and what she was able to do in her life,” Susan says. “She had many opportunities that were not available to her parent’s generation and she took full advantage of that. She had an amazing sense of adventure and sought to encourage inquiry among the children she taught.”

Cynthia also recognised the power of small acts to have lasting impacts.

“As a teacher, Cynthia knew that opportunities can change people’s lives,” Susan said.